This collection of portraits by Johanna Barthet recalls one of Oscar Wilde’s words: “I like men who have a future and women who have a past. The past is fertile ground for telling stories, for contemplating documented experiences, for extracting morale from a random sequence of unfolding events. Protagonists are sometimes praised and glorified, others are ridiculed and punished, while others are largely forgotten.

Untold Stories, his first solo exhibition in March 2019, introduced a newcomer to the Maltese art scene via a genre that in today’s world has become of secondary importance as a vehicle for artistic expression. Digital photography democratized the process of capturing images, even replacing its analogue counterpart that had revolutionized the genre of portraiture in the first half of the 19th century and sent sensational portraitists like Jean Auguste Dominique Ingres into an identity crisis. .

Cellphone cameras flooded social media with selfies; the instantaneous documentation of the present and the mundane has achieved an overwhelming priority in our lives. It seems urgent to let the world know that we actually have a life, ironically telling everyone that by doing this, we actually don’t.

One can consider Barthet’s portraits as an act of liberation for the stories of these girls and women, relieving them of their monotonous confinement in the pages of magazines and Instagram accounts. She invigorates their stories through color and storytelling, reinterpreting their past as social media images are frozen in pixelated time, their relative relevance depending on the number of likes, shares and comments they attract. 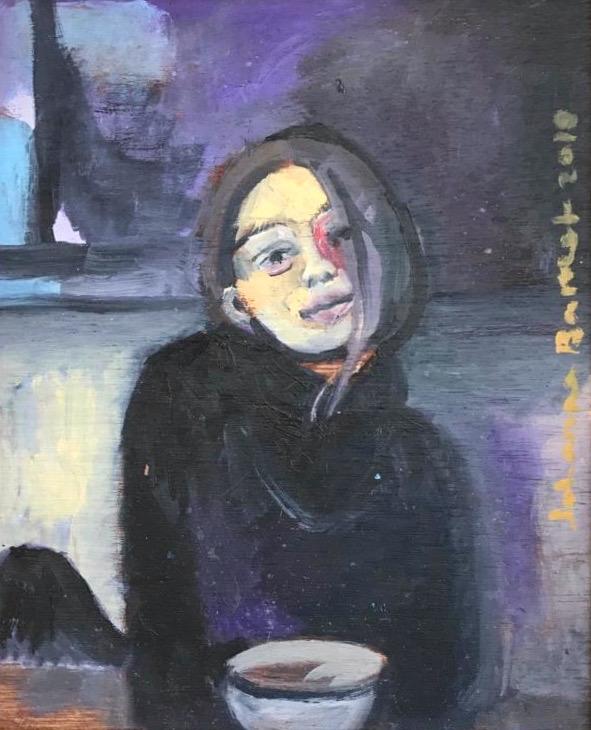 Photos of women in today’s magazines most likely owe their origins to digital cameras, with the many pixels once again constituting some notion of reality. The Maltese artist extricates their personalities from their aseptic virtuality, attenuates their falsity by recontextualizing them on the canvas while skillfully reincarnating them through his brushstrokes. Barthet thus breathes a soul into them.

The Russian author Leo Tolstoy, in his novel Anna Karenina, states that “by delving into our souls, we often unearth something that should have remained there unnoticed”. We feel that these words somehow explain the spirit of this collection of portraits of unidentified women. Part of the Maltese artist’s spirit, an introspection, has been woven into the fabric of these depictions – Barthet’s identity as a woman, her own biographical references, her artistic background – merge with the spirit frozen women; the springboards of these virtual/real hybrids, these simulacra, these re-imagined protagonists of past stories. 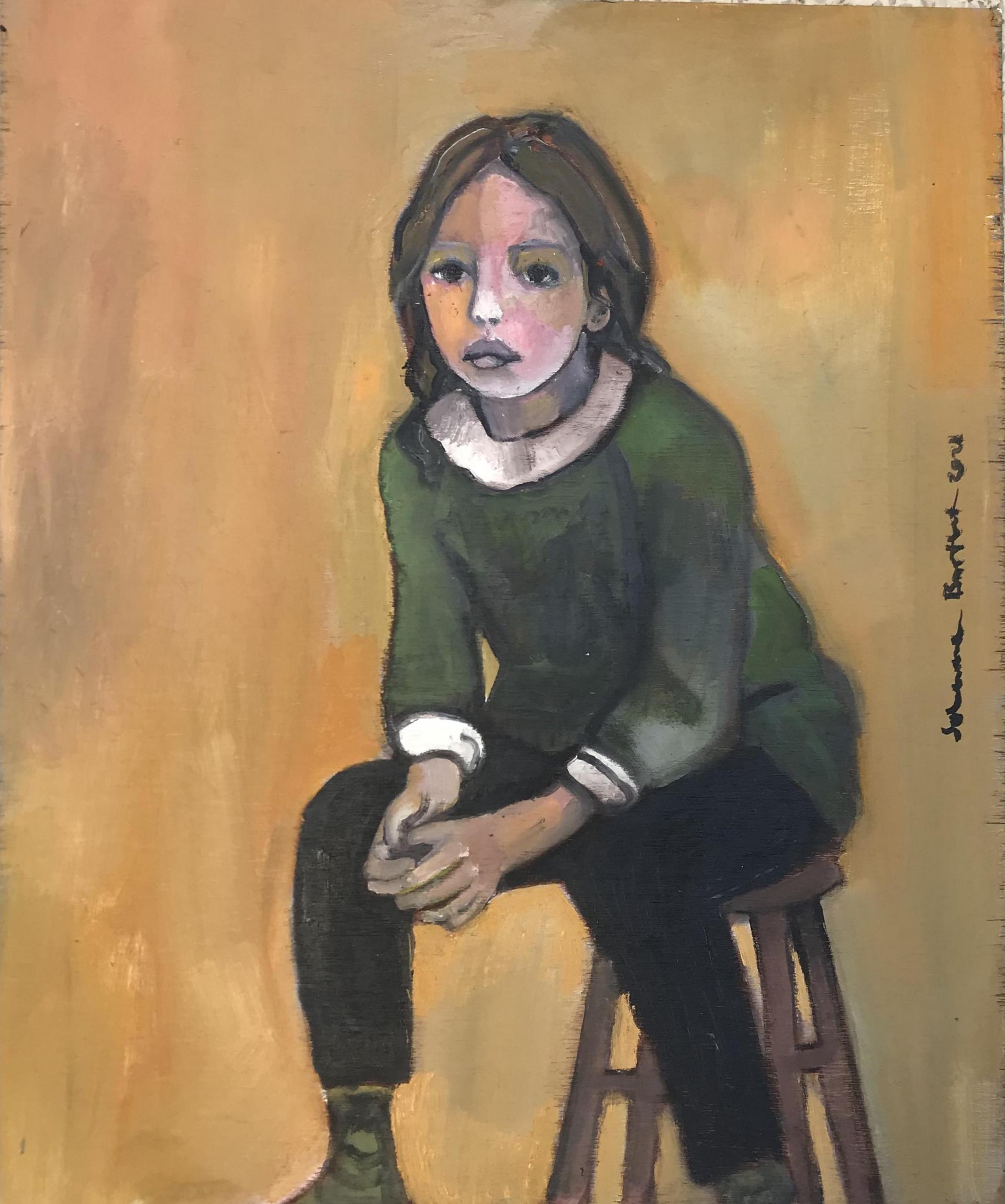 ‘Girl on a Stool’

The particular dimensions of the piece, which essentially define its assigned nickname, also refer to the state of mind of the artist

The immediacy and urgency of delivering news, even if it is of the most personal nature and not of particular general interest, contributes to the disparaging appellation “pass” so widely held in modern culture. Yesterday’s news is old news is an aphorism that can be rephrased as breaking news is old news.

French sociologist Jean Baudrillard had shrewdly stated that society has lost all orientation with the real world because it has become dependent on the models and maps that preceded them: “Territory no longer precedes the map, it no longer survives it. Yet it is the map that precedes the territory – precession of the simulacra – that engenders the territory. It is no longer about imitation, nor duplication, nor even parody. It is a matter of substituting the signs of the real for the real. And this is the sad sign of the times of contemporary life. 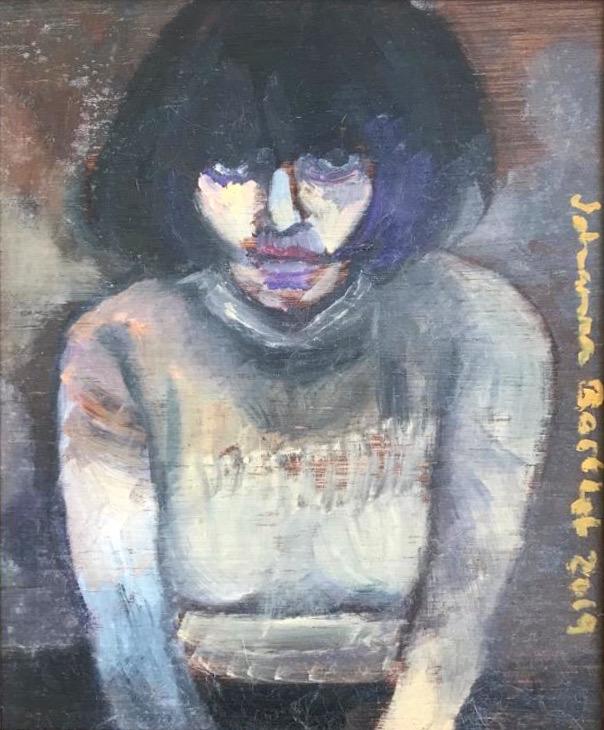 This crowd of women, gathered in the intimate setting of Mqabba’s Il-Kamra ta’ Fuq, stares at us, instead reversing the role of the viewer. It’s strange to have pairs of eyes that gauge one, through their uncomfortable, all-pervading gazes of judgment, empathy, or disinterest. The embodiment of portraiture, the gaze of Leonardo’s Mona Lisa is unsettling as her eyes seem to follow every movement of her admirers.

The particular dimensions of the piece, which essentially define its assigned nickname, also refer to the state of mind of the artist; such a finished space being a safe space away from the noise downstairs. Here she could, in solitude, dwell on her thoughts and reconfigure what needs to be understood. She also enjoys such confinement in her studio at home, which is also an upstairs room. Barthet metaphorically puts his safe space open to public scrutiny. This adds another layer to this exhibition, the artist’s third solo, aptly titled as The small bedroom upstairs.

In Untold Stories, which can be considered the first chapter as a pictorial storyteller and purveyor of anecdotes, Barthet drew inspiration from like-minded minds such as Paula Modersohn-Becker, Chantal Joffe and Chaim Soutine. The Maltese artist admires Joffe, a British artist who has a preference for portraits of women who finds that the feminine offers more possibilities than the masculine. “I really like painting women. Their bodies, their clothes – all of that interests me, whereas men don’t care that much, in a way,” Joffe once remarked. 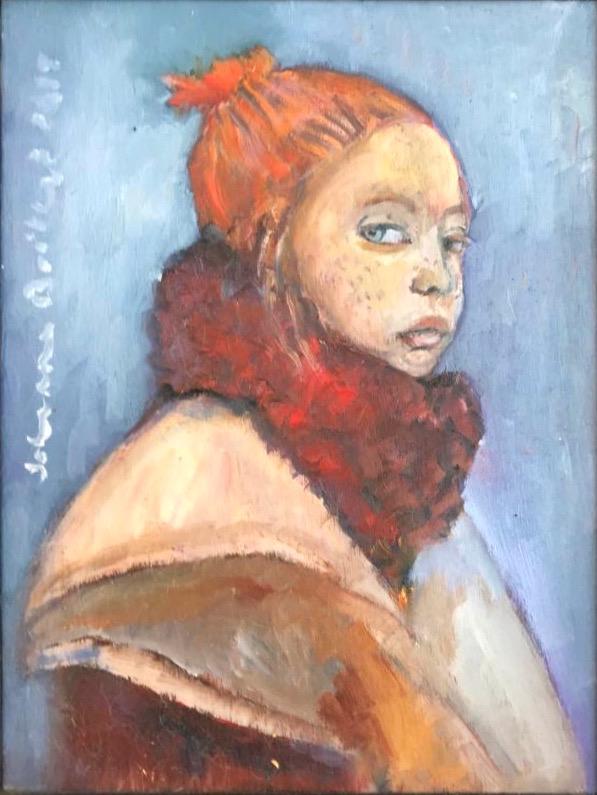 “Redhead with a red scarf”

Making an exception to this rule and reinforcing her preference for female models, the British artist depicted her husband, Bacchus-like in his corpulence, naked, prostate and thighs apart, shamelessly exposing his genitals as the ultimate representation of cheeky male virility. Barthet, much like his British counterpart, prefers depicting women and girls, for their flamboyance and sensitivity, fully dressed and rather shy.

Although there are examples of male portraits in the work of the Maltese artist, curator Melanie Erixon has chosen to study the Maltese artist’s overriding theme, femininity. Barthet eloquently describes these paintings as “putting love in a bottle”, capturing the whiffs of “scent” of female vulnerability and strength. These delicate portraits are like petals, stealthily secreting their aroma for all of us to bottle and enjoy.

The small bedroom upstairshosted by Il-Kamra ta’ Fuq of Mqabba and curated by Melanie Erixon for Art Sweven, runs until May 16. Connect to the event’s Facebook page for opening hours.

Independent journalism costs money. Support Times of Malta for the price of a coffee.

In the late 1980s, artist Pyotr Belov shocked Muscovites with his paintings, which for the first time openly addressed the subject of the Gulag and Stalin’s purge. We have revisited them with modernity. The Great Lenin, 1985 Gulag History Museum When these paintings were first exhibited to the public in Moscow in 1988, onlookers were […]

Christmas cards designed by a young Beatrix Potter for display

Beatrix Potter Guinea Pigs Christmas Card Design Three Christmas cards designed by a young Beatrix Potter will be on display at the Victoria and Albert Museum (V&A) in the New Year. Made when Potter was 23 to give friends and family “five minutes of wonder”, these were her first commercially successful works and marked the […]